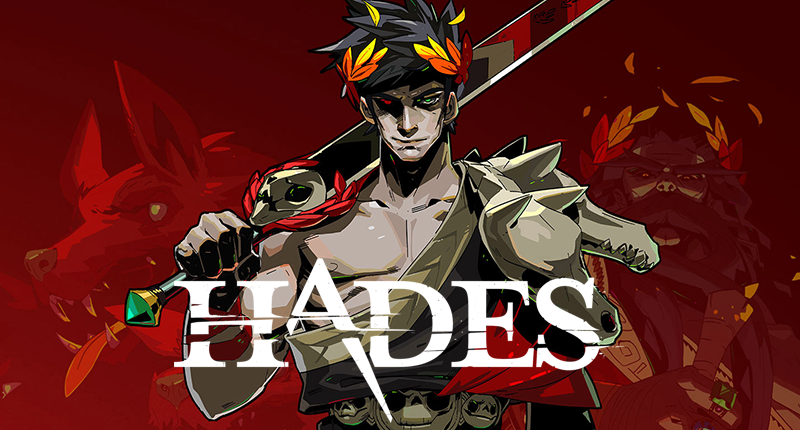 What is Hades? This almost-review is a semi-accurate rambling regarding the gameplay of a dungeon-crawler roguelike. This collection of thoughts is almost spoiler free, with the exception of naming a few future bosses/characters, some screenshots of early levels, and discussion of basic gameplay. Discussing a game without spoiling something is a bit of a challenge. Don’t read this if you want a blind playthrough with zero knowledge of how the game functions. In relevance to any story, then no spoilers.

Hades pulls direct inspiration from Greek mythology when crafting a story for Zagreus, the seldom mentioned son of Greek god Hades. In Hades Zagreus plots his escape from the underworld. Upon leaving his father’s Palace the player is greeted with a blessing bestowed from an Olympian god to aid his breakout. The blessing, known as a boon, provide weapon upgrades and additional abilities which provide variety each escape attempt.

Typically, I hear “action roguelike” and recede. I am a gamer of gentle disposition. I enjoy games that encourage me to take my time like Stardew Valley, Fire Emblem, and Spiritfarer. The idea of hack n’ slashing my way through each level, defeating a boss that took every single braincell I could muster and then doing it all over again?

I consider the prosperity of bathwater.

Not all is lost when returning to Hades Palace, though. The player can take advantage of permanent upgrades (from dark crystals), additional resistance (toggled on/off with ‘God Mode’) but more enticingly, the story appears to progress even when the player cannot (I am the player that cannot progress through the hell-be-here chambers). Admittedly, after 15 failed escapes, I turn on God Mode.

Each death rewards the player with additional story. The advancement of Zagreus story and the development of the supporting cast softens the blow of returning to the beginning. When returning to the Palace after another defeat there are new dialogue options for Hypnos, Achilles, Cerberus, and whomever else is loitering the main halls.

In a way, the advancement of narrative reminds the player that part of the experience and intended gameplay is failing the escape. Hades demands and expects failure, and for the player to try again. I often feel embarrassed by my own incompetence with technically challenging, skill-based games. The frustration of not being able to experience a game and its narrative because of my own inability to master the gameplay mechanics leaves me walking away from more game titles than I would like.

There is the debate of whether games should cater to players like me—particularly: the chosen challenge of games is irreparably part of the experience, that to offer anything to players that can’t invest in the challenge of mastering gameplay is devaluing the experience developers hoped to deliver. I am not sure where I stand with that debate, to be fully honest. What I can say is Hades offers clever loophole and answer to the debate.

Zagreus upon another failed escape is sent back to the palace. Despite me often not reaching the next internal checkpoint for the game, the characters are not stuck in limbo. Typically, in games characters are stunted, there is no new dialogue until the next chapter is reached. With Hades it is not a necessity to defeat Megaera or the bone Hydra to reinvigorate the souls, identities, and mouths of characters inhabiting the Palace. The conversations move on, and I have not seen a duplicate in the dialogue yet.

In this way Hades plays more naturally. Often games lock the development of character and plot until certain milestones are reached. Which can easily leave a game feeling empty and vacant for players like myself. In games that require repeated attempts for sections there is an emptiness during the grind of a difficult boss battle. There’s the initial disappointment of dying repeatedly, and then restarting the level, but also having them greet you as a stranger. In the world they reside, they are not strangers anymore—in-fact they’ve vowed to murder this WAP and succeeded, repeatedly.

There is something satisfying about Hades acknowledgement that time has passed between the player and whomever guards the next staircase to the surface. Hades is special in recognizing Zagreus will have gotten to know the enemy through repeated encounters, highlighting that each battle isn’t the clean slate we’re used to.

What are thoughts? These were my semi-accurate but 100% truthful experience of my Hades gameplay. I still haven’t reached the surface, despite many attempts. I play with god-mode. and I die, frequently, brutally and very, very often. Zagreus still has daddy issues because of me.

It’s not so much as a review as it is just words casually related to the game and there is more I want to say about the integration of level design and gameplay and how it hits the mark for what I call contextual gameplay. Maybe next time. Also, to clarify, some narrative progression does require reaching certain chambers and biomes, but it is not entirely linked.

Edit: Made a few tweaks for clarification and flow.