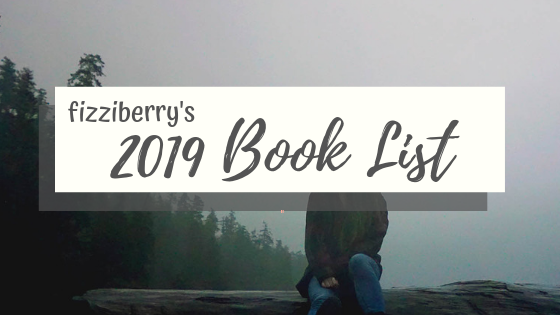 New Year’s resolutions fall through the cracks weeks after they’re decided. They’re demands to the future us. Briefly considered thoughts about who we want to be if we could just do this. Decided overnight with little preparation. They reflect the people we might want to be but don’t reflect the effort needed to get to those desired places. People make promises to themselves, but they don’t stop to assess the person they are currently and what type of journey is most accessible to get from point a to point b.

So for me it’s reading. Another year. Another stack of books.

Inside these books for me is growth and knowledge. Different voices pressed into the spine. I don’t think deciding to be a different person is all it takes to become that person. We are a collection of our experiences. Change requires growth and for me I know reading inspires the most change.

2017 I read 22 books with a goal of 20. This year I set the goal at 20 again. Goals need to be reachable. A little more than a book a month. This lets me enjoy each book. Read long books. Read shorter ones too.

Spoiler free! I’ll have a few quotes from each book and a little blurb about the book.

Read in paperback. I benefited from seeing the words as his age is heavily reflected in carefully chosen wording. My favourite novels are coming-of-age novels. Room, from the perspective of 4-year old Jack showcases how he perceives his world inside ‘Room’. Children notice things and say what they see with less judgment and hurt than adult. They ask obvious questions we’ve never considered. They haven’t been hurt by their observations yet.
Using Jack as a voice makes the book less gritty like Plato’s famous cavemen analogy: watching shadows on the cavern wall thinking this is all there is when in fact, if they turned around, there would be so much more.

2. Unwind by Neal Shusterman
Listened as an audiobook.            Unwind a YA science-fiction, dystopian explores the idea of retroactive abortions and how they may both benefit and degrade society. Unwind writes from several perspectives throughout the book with a focus on 3 teenage protagonists all escaping them ‘Unwind’.
While the books explore cultist attitudes, ‘when life begins’ debates, among other heavy topics I enjoyed immensely the writing is lack-luster. I continued with the book because of idea’s presented but not because of how they were presented. Maybe it’s because YA style is simplified but I felt the idea’s presented called for grittier writing and less basic presentation. It’s a dark story written like a teen romance. Maybe this makes it marketable? Less exhausting to read some of the horrific idea’s Shusterman describes.
Shusterman presented a lot of ideas and his inspiration was drawn on a heavy interest in extremist behaviors like cults, war psychology and disassociation.

““You see, a conflict always begins with an issue – a difference of opinion, an argument. But by the time it turns into a war, the issue doesn’t matter anymore, because now it’s about one thing and one thing only: how much each side hates the other.” – Unwind